Shopping Cart
Your Cart is Empty
Quantity:
Subtotal
Taxes
Shipping
Total
There was an error with PayPalClick here to try again

Thank you for your business!You should be receiving an order confirmation from Paypal shortly.Exit Shopping Cart

Monday morning Seaport students gathered in the school as buses rolled in. After packing up food and lunch for the day we loaded up seven jittery students into the van and drove up north.

Our first stop was Rumney, NH, where we decided to do a mile-long hike up Rattlesnake Mountain. Despite our best efforts to keep the whole group together we ended up dividing into two smaller groups. For two of our students this was their first winter hike (their first overnight trip as well), and after two and half hours they finally reached the top. It was a huge accomplishment for both of them, and both were excited to get some awesome pictures at the icy summit. The trail was quite slick, but with two sets of makeshift hiking poles we were able to ease our way safely back to our vehicle.

The first group of students finished the hike early and left for our Airbnb with James. When our smaller group arrived dinner was ready to go, chicken tikka masala! We all cozied up by the fire and enjoyed an evening of board games and good food.

Day two began with a long planning session for the impending snowstorm. With the possibility of us having to spend an extra night in Vermont we decided to send James home with two students (who had important appointments Thursday morning). Melissa and Mat stayed with the five remaining students. We decided to nix our plans to go skiing since only three students were interested (and now we were down to one vehicle). Instead we went on a short hike to Sterling Falls right in Stowe. The hike featured a gorge and an amazing waterfall. The group enjoyed taking it easy and hanging out by the river.

One student had the brilliant idea to do a bonfire in the snowstorm once we got back to the house. The kids were excited to we went with it. On our way home we bought several bundles of firewood at Shaws (and some extra food in case we got snowed in). After returning home some kids cooked up stake tips, homemade guacamole, and apple crisp, while the remaining students got a fire going in the outdoor fire pit. We feasted under heavy snowfall by the fire. Soon thereafter everyone retired to bed.

Wednesday morning there was less snow than expected. We were able to shovel the driveway and dig the car out by 12, and by 1 we were on the road back to Boston. We had to promise our skiing crew to get in a daytime ski trip sometime before the season is over J 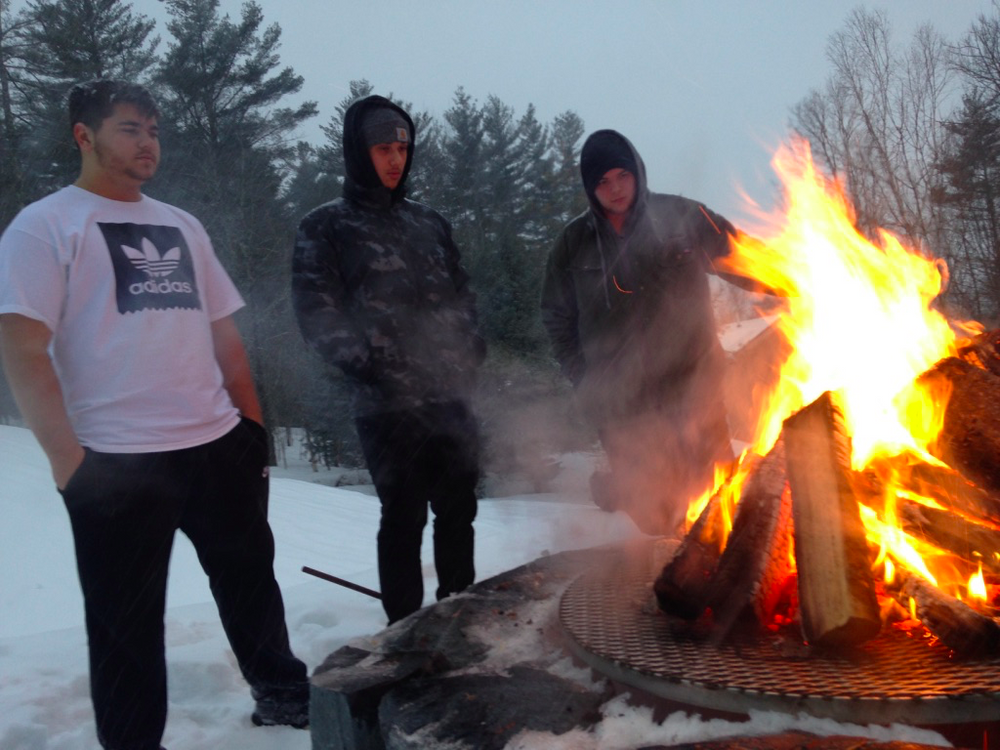 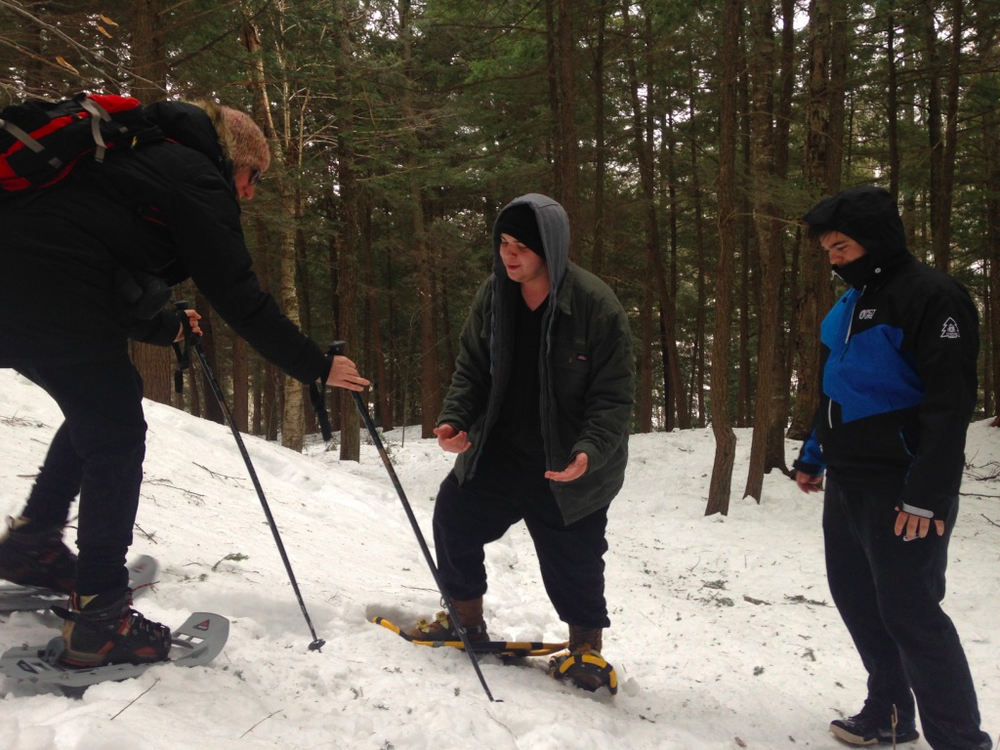 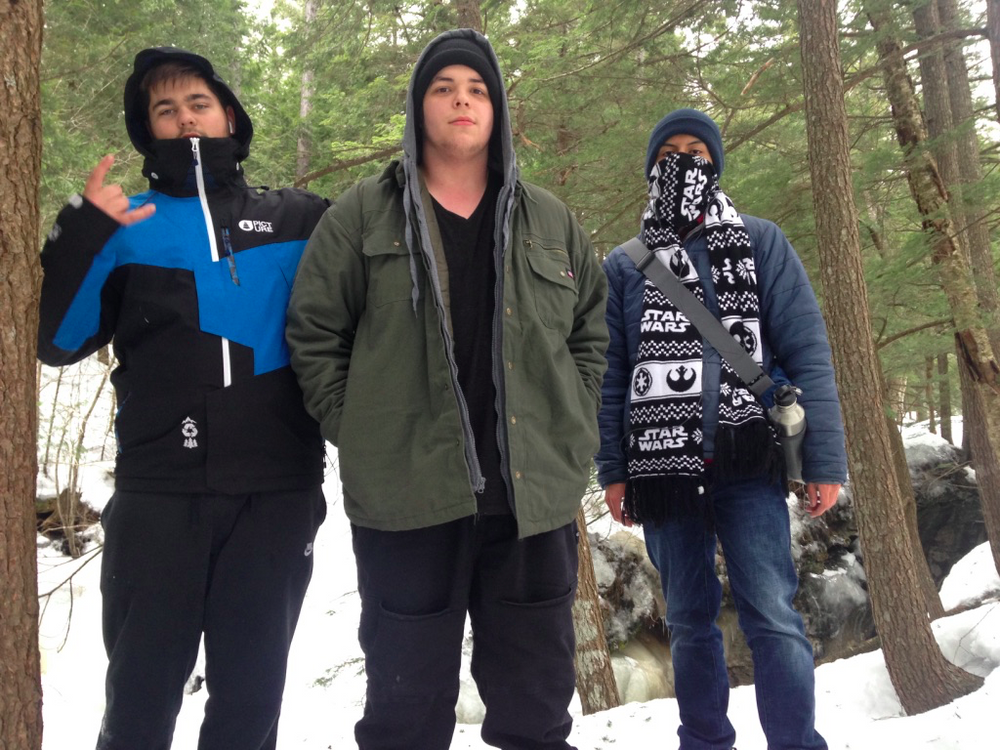 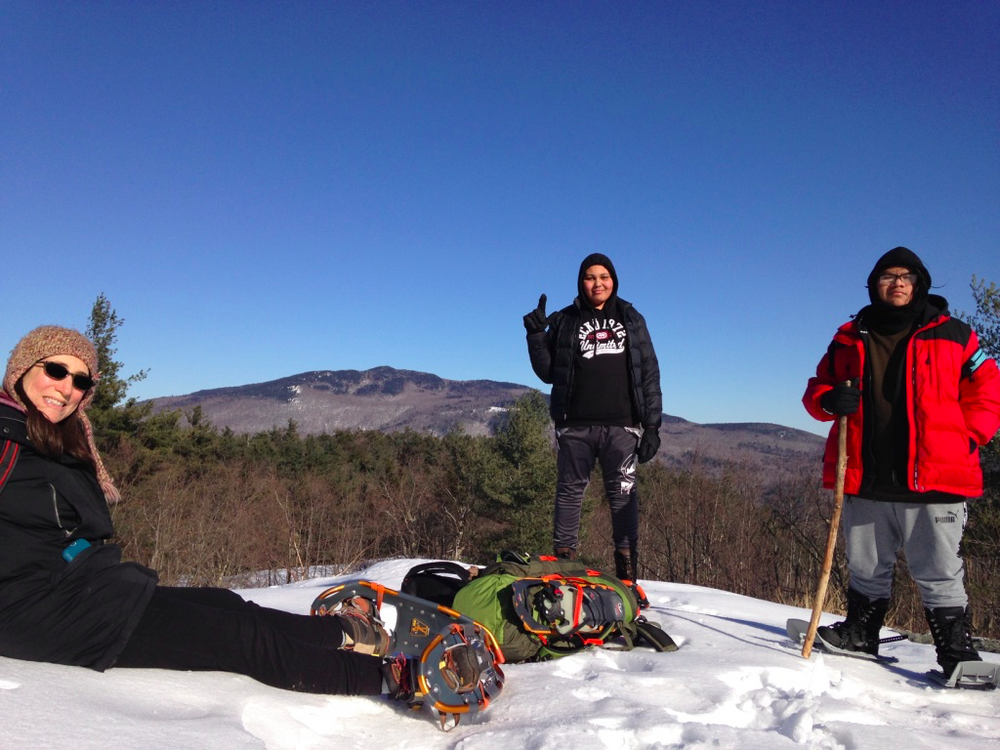